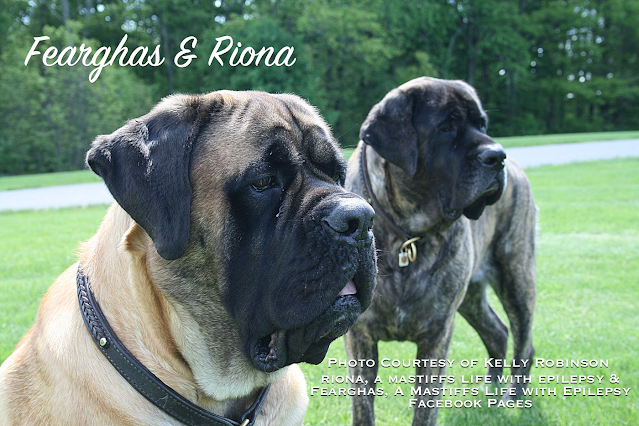 Epi-Star "Riona"  & "Fearghas"     This month, for November's Epilepsy Awareness Month, I have been writing an Epi-Star series, based on the concept of my book EPIc Dog Tales: Heartfelt Stories About Amazing Dogs Living & Loving Life With Canine Epilepsy , I am highlighting some amazing dogs who have/had Canine Epilepsy, but never let that stop them from living life. A few starred in my book, including today's beauties, Kelly Robinson's Mastiffs "Riona" and "Fearghas." For many, when one of our dogs starts having seizures it is scary, lonely, and nerve-wracking. Can you imagine two? That is exactly what happened with Kelly’s two beautiful English Mastiffs. The first seizure moment arrived in 2012. “It was the morning after the Patriots lost the Super Bowl," retells Kelly. "I awoke to my beautiful brindle girl acting strange, her head jerking back and forth like a sprinkler head. I started talking
Post a Comment
Read more
More posts