Fighting For Frankie: A Community Helping a Therapy Dog Who Has Helped So Many Others 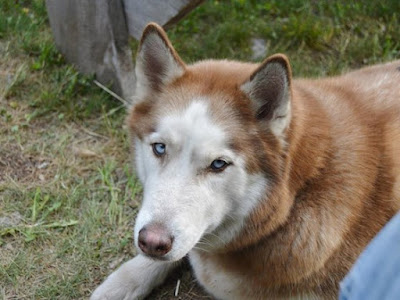 "Frankie" Ekberg of The Husky Brothers Here's a story about a beautiful red and white Siberian Husky boy named "Frankie." Frankie is one of four Siberian Huskies from Long Island, New York known as The Husky Brothers, who are part of the Facebook group, The Empire State Snow Dog Club,  a group I'm proud to say I'm a member of! The Huskies also have their own Facebook page called The Husky Brothers, and older brothers Frankie and Cain have their own book, penned by their mom, Jodi Ekberg! The Husky Brothers are pretty well-known around the Long Island/New York City area. Frankie is a certified Therapy Dog, bringing lots of smiles and good wishes to ailing hospital patients. Frankie and Cain helped their hu-mom, Jodi, through cancer diagnosis, treatments, therapy, and depression, giving her the will to live and keep on working to get better...until one day, she did! Jodi was a guest on a past episode of my show "The Sibe Vibe" on Do
3 comments
Read more
More posts