Showing posts from November 6, 2014
Show all

Sick Bay Calls: Back in the Harness Again and November's #LiveGibStrong Epi-Tip #6 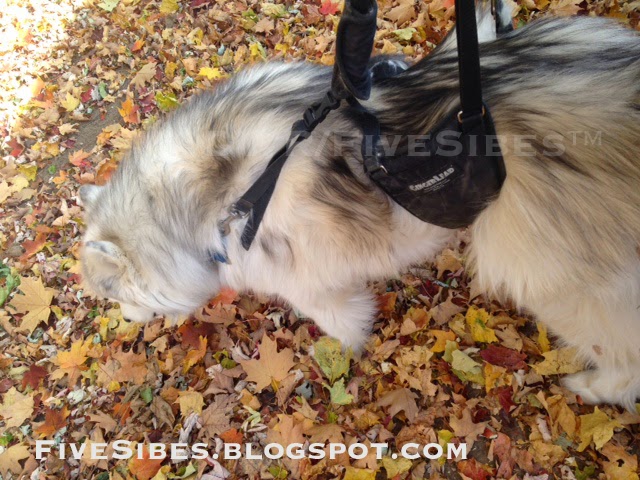 Gibson back in lift harness after a set back. Having an ailing pup can be a rollercoaster ride for sure. We enjoy the exhilaration when things are looking up, then just as quick as a blink of an eye, we are whipped around into a direction of fear and uncertainty. Then it's back through the loop-de-loop on the road to whole health once again. The last we updated progress on Gibson's rehabilitation since his fall on Christmas Eve 2013, he was doing pretty well after eight months of rehabilitation via Conservative Care Treatment (also referred to as Conservative Care Management), which is a non-surgical holistic option for healing. In Gib's case, it was for a torn CCL and an injury to an already weakened hind end from the Epi-medications. At first, it did not seem like anything was happening; not too much improvement to report. Then he started getting a little stronger each day, until I had reported he had all four paws back on the ground solo! It was a huge achievement!
4 comments
Read more
More posts