Celebrating 10 Years of "The Sibe Vibe" Show on Dog Works Radio: "If It's About A Siberian Husky, We'll Chat About It Here!" 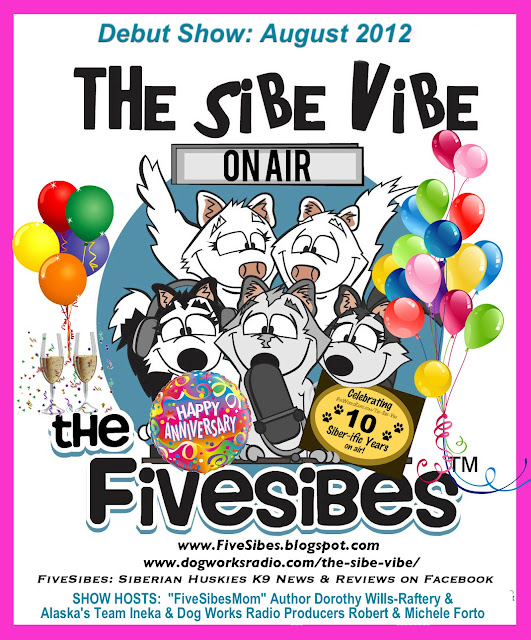 In the Siberian Husky "ease" of speaking, "Wooooo!" is something that really transcends time and language. And it fits perfectly for today's #FlashbackFriday post! It was 10 years ago that I began my journey as a writer and host of the Dog Works Radio show, "The Sibe Vibe ! " I can remember so clearly Robert Forto - my producer and owner/producer of a family of Dog Works Radio shows, as well as the Alaskan Mushing team, Team Ineka - approached me with the idea to host a show about my five Siberian Huskies (fondly known as the #FiveSibes) and about the amazing Siberian Husky breed. At first, I balked. I'm a career photojournalist and author, and quite comfy BEHIND the lens of a camera, not in front of a microphone! But, Robert did convince me and what a glorious ride it has been~~from writing "The Five Sibes" catchy theme song to working with a designer on a logo that incorporates my FiveSibes as their cartoon characters featured in my F
8 comments
Read more
More posts