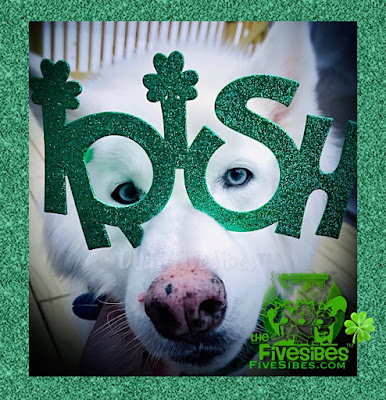 Wolfie embracing his silly Siber-ishness on St. Paddy's Day!   Wolfie has just come off of a week of not feeling well, so our St. Paddy's post is a bit late. Wolf had no appetite, and had been sick again from both ends...he scared momma here, especially after the similar symptoms of how we lost his sister, Bandit, this past fall. I am sure I am uber-sensitive about every move he makes now that he is my only senior "pupster" and the last of my FiveSibes. After a vet home visit, his tests all came back good, which was a huge relief.    The current diagnosis is chronic gastrointestinal issues, which is not surprising as my boy has always had anxiety issues since he was young, and having lost all of his packmates--three in just a little over a year's time, is tough. He went through severe grief and depression for quite a while after Bandit's sudden passing last fall. He no sooner came out of his grief, and he was hit with several bouts of being sick. We now have a
4 comments
Read more
More posts