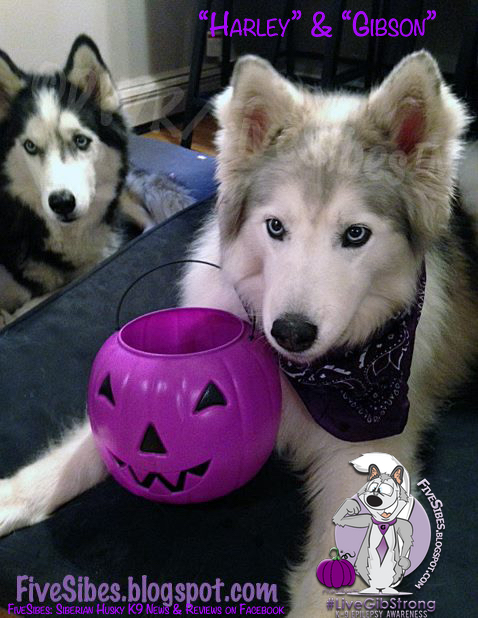 #FlashbackFriday Photo ~ Harley & Gibson ~ October 2014 Woo! It's that time of year again...Howloween! And while we're busy carving and painting pumpkins, don't forget to make one PURPLE! By now, most of you have heard me talk about the Purple Pumpkin Project and how it brings awareness to those who have Epilepsy. As a Purple Day® for (K9) Epilepsy Ambassador since 2012, I have always advocated for dogs living with Canine Epilepsy, inspired by my own Epi-dog, Gibson. So when the Purple Pumpkin Project came about, we jumped right on that hay wagon!  The purpose is that on Halloween, the eve of November's Epilepsy Awareness Month , when families are busy trick-or-treating or hosting parties, that among the orange jack-o-lanterns, have a purple one so folks who come by will ask about it. In our case, it would be "Why is Gibson's pumpkin purple?" To which I reply, "Because he is living with Canine Epilepsy." And that will then open up conversa
6 comments
Read more
More posts