Showing posts from February 9, 2016
Show all 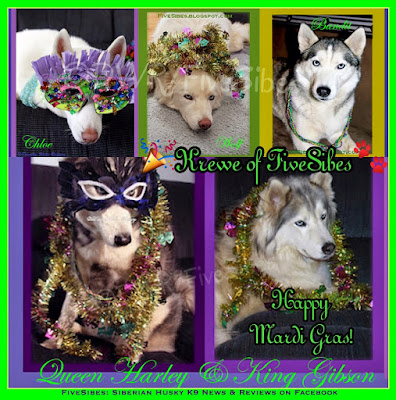 One of my favorite Mardi Gras collages What is the Krewe of Barkus ? It's the only canine Mardi Gras krewe (and parade) in  New Orleans! It is also a non-profit organizaton that raises funds every year to benefit local animal shelters and national humane socie ties. It's motto is "Human e Treatment for All of God's Creatures."   According to the Hall of Festivities Mardi Gras , the Barkus Krewe: "... was created in November of 1992 at a meeting of the Margaret Orr Fan Club (Margaret Orr being a WDSU-TV Weather Anchor). Its membership limited to canines, the Krewe of Barkus is headquartered in the vicinity of the "Flea Market" and includes such rules as: "Cats, while welcome, will not be provided security." The first official Krewe of Barkus meeting was held in Janaury 1993, when the first King and Queen Barkus were chosen. The event is always open to the public. Here's a look back at the beautiful adoptable and
10 comments
Read more
More posts