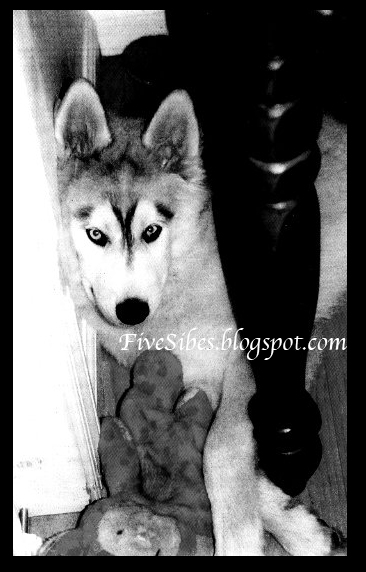 Since Gibson's 7th Birthday is in just two days...January 6th...I thought today's Flashback Friday should be of him as a pup. Here he is at four months old shortly after he joined our family. He is just the sweetest, kindest, most loving canine companion who seems like "an old soul." He is one tough pup too.       Diagnosed with Canine Epilepsy shortly after he turned three, and a resulting low thyroid disorder, which are being treated and managed , h e has also had a weak hind end and bouts of ataxia as a result of the meds, but has been having K-Las er maintenance treatments to help. A few months back he suffered from Bromide toxicity due to the pharmaceutical company's reformulation of one of his Epi-meds, and  became severely ataxic, but luc kily w ith the guid ance of our vet, he rebounded from that.       N ow, he has damaged his right rear cruciate ligament and has been lame in his hind right leg for the past several weeks. S ince he is an Epi-Husky
4 comments
Read more
More posts