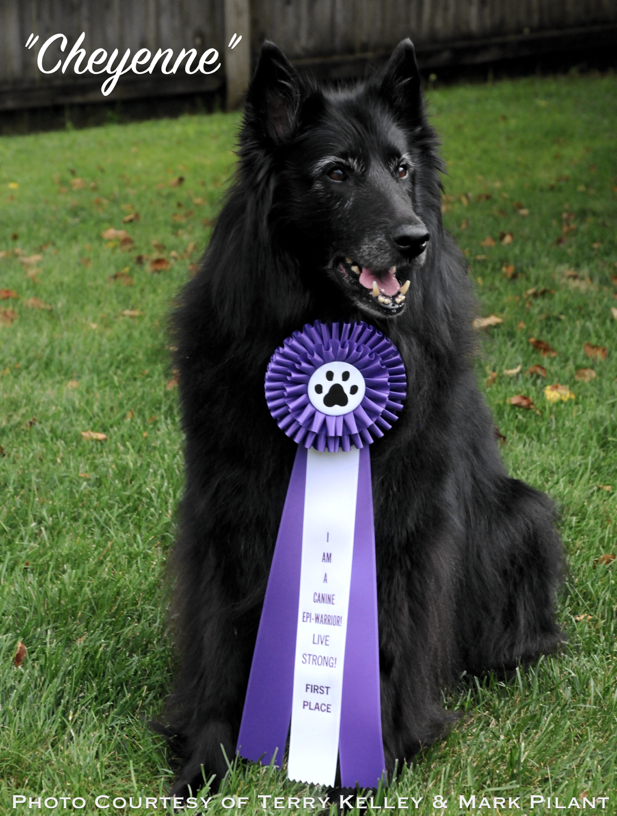 Epi-Star "Cheyenne"    Cheyenne with Hu-Dad, Mark     Cheyenne was a beautiful eight-week-old Belgian Sheepdog when she became a member of Terry Kelley and Mark Pilant’s family in September 2009. “Months before, we had lost our first Belgian, Player, to cancer and wanted to honor his life by getting another Belgian,” explains Terry. “For the first five weeks with us, all was well. Cheyenne was a sweet puppy, played with our other dogs and was respectful of our cats. Then, at 13.5 weeks of age, she had her first focal seizure. We were out in our front yard, and I saw her suddenly become very unsteady and start to wobble. It was over in 10 seconds. Part of me dismissed it as just being a clumsy puppy, but part of me knew it was something more.” Four days later, Terry explains how she and her husband were in their front yard with Cheyenne videotaping her puppy antics, “when she suddenly froze, became disoriented, and started to shake. The video camera hit the ground as we rush
Post a Comment
Read more
More posts