*More Prayers for Gibson* ~ An Update 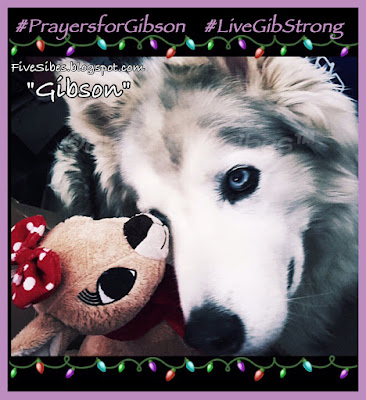 Gibson's first Christmas 2015 season photo with Clarice. The past few days has been such a rollercoaster of emotions. Gibson made it through the night at the ER, just barely, and was transferred to our vet hospital in the morning, where they had him on heavy doses of antibiotics and IV fluids.  Gib at ER My brave boy began to rebound. His fever dropped from nearly 107 at ER to 103.3. The first two days were touch and go. I've brought him home at night to be with the family, and the days he has been in our vet hospital on the IV fluids.    Over the weekend, our vet tech tech came to check up on him and administer fluids and his meds. His fever continued to drop. Blood tests confirm no more bleeding or bacteria in his belly. Small baby steps in the positive direction.  Last night he began drinking water on his own, had no fever, and could even manage to stand up, although extremely weak after not eating (and he is still not eating on his own. He will t
36 comments
Read more
More posts