Why is Gibson's Pumpkin Purple? 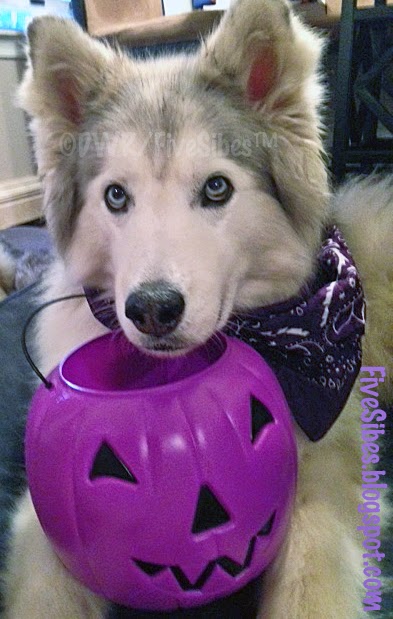 Halloween is right around the corner and here’s our Gibson with his new purple pumpkin. A Purple pumpkin? Pumpkins are orange!  So you may be asking, "Why is Gibson’s pumpkin purple?"  Do you know why? "I'm an Epi-Husky, that's why!" Gibson’s pumpkin is purple because he is an Epi-dog ~ a dog with Canine Epilepsy. And his form of epilepsy is called idiopathic, meaning they could never determine a specific cause for the onset of his seizures. And, purple is the color of epilepsy awareness.  So, with a little help from Gib and his love, Harley, we are participating in the Purple Pumpkin Project. What is the Purple Pumpkin Project? According to Epilepsy.com (home of Epilepsy Foundation® and Epilepsy Therapy Project), the Purple Pumpkin Project is the brainchild of founder Ron Lamontagne, whose youngest son was diagnosed with epilepsy at age four. “While on a drive through Connecticut one Sund
2 comments
Read more
More posts