Getting Sassy for Goodies! 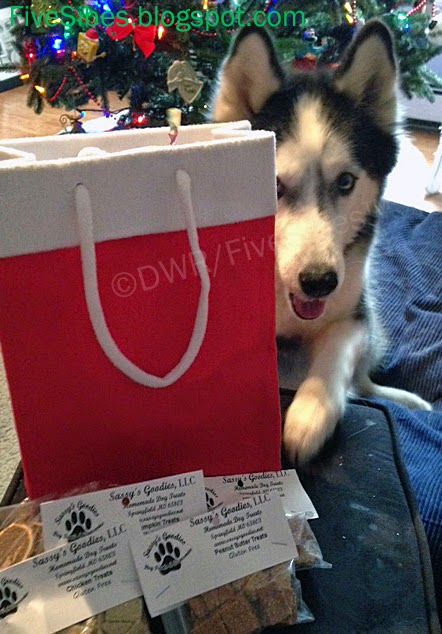 ‘Tis the season for … Treats! Cakes! Chips!  It’s a dog’s dream come true! One of the donated items to our recent #LiveGibStrong K-9 Epilepsy Awareness online benefit auction was a treat bowl filled with Sassy's Goodies . Now we’ve heard some great reviews about these doggie goodies that we decided to give them a FiveSibes taste test ourselves! Harley stepped up and volunteered to be the first to try out these goodies! Sassy Sassy’s Goodies, named after the business owner’s very own Siberian Husky “Sassy,” is an online store, but are also carried in several retail stores located in Missouri. (To find out where, click HERE ). Sassy’s Goodies Owner, Baker, Siberian Husky Mom, and a United States Military wife, Nanette says the company is still in its infancy stages and something to help with income after her husband returned from Afghanistan and Iraq. Nanette’s previous Husky, Nala, was diabetic and three years ago while her husband was in Iraq, Nala passed awa
1 comment
Read more
More posts