Showing posts from October, 2013
Show all

Have a Howlin' Howl-o-Ween! 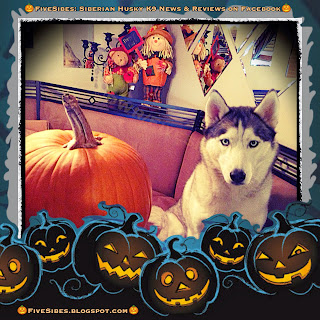 It's that spooktacular time of year - Howl-o-Ween! A time for festive orange lights, glowing ghosts, carved pumpkins, yummy treats, and costumes galore! Pictured here, our girl Bandit patiently waits in the "pumpkin patch" to sample some of that fresh pumpkin!  We here at the FiveSibes kicked off Howloween with a little taste testing of the pumpkins as they were magically turned into some spooky goblins and glowing Siberian Husky (and if you were looking for some great Siberian Husky pumpkin stencil templates, check out the Tails of the Tundra Siberian Husky Rescue's library of them HERE , where they have a great variety, including the one we made, only ours is missing an eye after a slip of the carving knife. But, we think it's still pretty cool!)  Even Chloe got up close and personal with one of the spooky jack-o-lanterns! We then had a little fun getting into the spirit of things with some Howloween accessories (the closest our Sibes will ever get
11 comments
Read more

A Torn Cruciate - Oh No! Not Again! 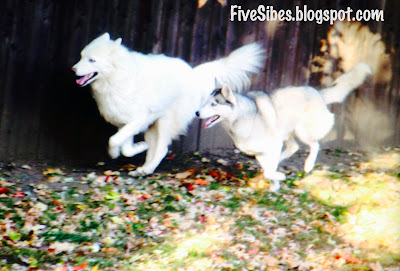 Wolf and Bandit having fun running in the leaves. It started off as any ordinary day...a fun Autumn afternoon of Wolf and Bandit enjoying some fun playing together in the backyard. We still can not believe it has happened again. While running around playing in the leaves with his sister Bandit, Wolf suddenly went down, screaming. I was out there with them, photographing their fun, and I still can't believe it happened. One second they are playing and running together, and then I am at his side trying to figure out what happened. Did Bandit crash into him? Did he step on something? Did he twist and sprain something? And then that little nagging voice whispers "CCL." Now I hear a lot of talk about odds...but seriously, what are the odds that four out of my five Huskies would have some degree of tears to their cruciate ligaments? Three of them from the same bloodline. First off, we had Chloe, who if you recall blew out both of her knees over a year ago and underwe
9 comments
Read more

Howling at the Hunter's Moon 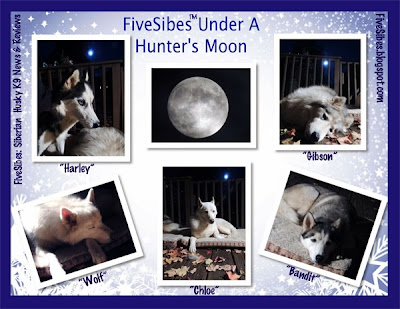 Tonight, the Hunter's Moon, a beautiful full moon, is lighting up our yard with such a bright moon glow's light you would think it was a floodlight beaming down from the Heavens! As you can see in the photos in the above collage, the moon glowed brightly behind Harley, Gibson, and Chloe, who are relaxing in the night air out on our deck, while Bandit and Wolf grew sleepy while gazing at it. We also had a lunar eclipse as well! And to close out the evening, our Sibe kids did indeed howl at the moon in their rendition of a beautiful Husky wolf song. Autumn Sky Downward waft the autumn leaves; The hunters' moon's on high Cetus swims the starry deep Cepheus rules the sky. Rulest I said, well maybe so, But what of Aries, Perseus, Fomalhaut? Andromeda and others too, Lend their light to grace the blue. I love them all, I wish they'd stay But like the leaves they'll drift away. ~G. O. Pitcovich
2 comments
Read more

Of Possums and Poo (A Scared Hu-Mom, Too) 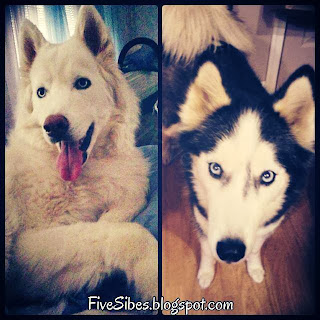 Wolf & Harley: "Woo! We Feel Better Now!" Yes, you read that title right! We can certainly learn a lot about what is going on with our dogs from their poo. Flashback to earlier this week: we had quite a scare. There's been a baby opossum hanging around our backyard, traveling the top of the fence line, and with their high prey drive, as you can imagine, driving our Huskies mad! As fate would have it, "Gizmo" (as my daughter nicknamed the opossum) was snagged off the six-foot tall fence by Bandit as she dove off the deck, full run, and in mid-air caught Gizmo. The unfortunate opossum did what they do best, "played opossum" to our FiveSibes poking and licking it. Bandit pawed at it and talked to it in an attempt to get the opossum to quit, well, playing opossum. During all this, one of them bit the opossum in the cheek, and there was now blood on it's face, plus, (and not to gross anyone out), when the critters go into their protection mode,
5 comments
Read more

Flashback Friday #36: And They Called It ❤ Puppy Love ❤ Gibson & Harley, the Originals 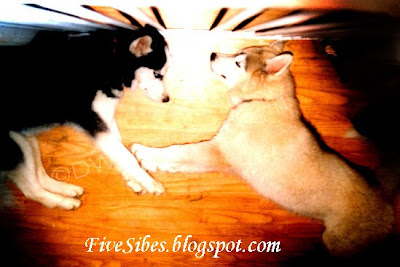 From the moment Gibson joined our family at four months of age, he was smitten with Harley (who was the older woman at almost one-and-a-half years of age)...and as you can see from this photo (when Gibson was actually smaller than Harley!) it was instant puppy love that has lasted until this very day! “Dogs are miracles with paws.” ~Susan Kennedy *Join us with a Friday stroll down  Memory Lane!*   Grab our badge and join in!  Share your blog, Facebook, Twitter, or Instagram #FlashbackFriday photo and mention the FiveSibes ™  with a link back to here and leave us comment so we can come visit your Flashback, too!  To catch up on past Flashback Fridays, visit us here:   Flashback Friday #35: L ooking Back on the Dog Days of Summer with the FiveSibes & Friends Flashback Friday #34: Darling Chloe Flashback Friday #33: Circle of Love: Celebrating Life Flashback Friday #32: Those Were the Days, My Friend ~ When Gibson Was Smaller Than Harle
4 comments
Read more 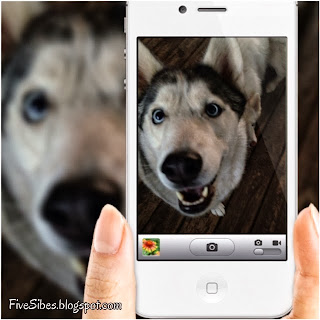 Our Bandit is excited to share the news! The final round of judging for our FiveSibes Summer Fun Canine Photo Contest has been completed! Woo! From playing to swimming to hitting the beach and ball park, and from hiking to camping and lounging, your beautiful pups sure know how to have fun in the sun! Every single dog is gorgeous! And yes, while we did receive a majority of photos from Husky parents, the contest was open to all breeds, and only two of the judges were Husky parents. The others had furkids of their own in a variety of breeds. And we want to say right up front, that if your precious pup did not place in this contest...please know it is definitely not a reflection of your dog...the judges were in love with all the dogs, and as you know from my updates, they had a very difficult time judging the photos because the quality of Summer Fun themed photos were just amazing! The judges' panel had placed so many in the top, that there had to be a second, and then a t
8 comments
Read more
More posts