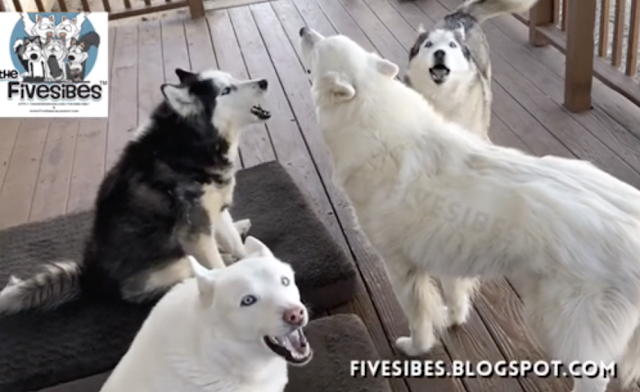 Flashback Photo ~ Harley, Chloe, Wolf & Bandit ~ September 2018   For a howling good concert, albeit a little out of tune, turn up your volume and enjoy the following video!   🔊🎶   Flashback Video ~ Harley, Chloe, Wolf & Bandit ~ September 2018 I often say how much I miss all the howling my Huskies did. It was truly such a family thing for them. It typically would kick off with one of the Pupsters, Wolfie, Bandit, or Chloe, feeling the call of their ancestors, but would only howl and sing if their "momma" Harley would lead them off!  So, in true "kid" fashion, one of Pupsters would either bark or woo at Harley to get her to start howling (and she always obliged them, howling as though she had a golden voice...only Harley had an awful howl! It more of a cross between a loud croak or the sound of animal in pain! I kid you not! As beautiful as she was, her voice was not! But, it was so part of her charm. She woulds fling her head back and up high, proud
5 comments
Read more
More posts