Today is the Worldwide Candlelight Vigil in Remembrance of the Slain 100 Sled Dogs. Wear Red and Hug a Husky 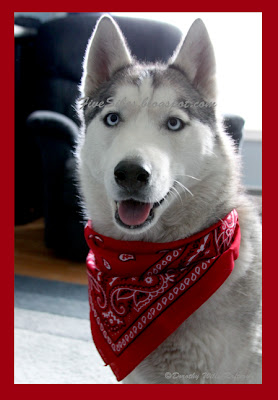 Bandit is wearing red in memory of the 100 sled dogs. Today is a day of remembrance for the 100 sled dogs that senselessly lost their lives. On this date, a peaceful worldwide Candlelight Walk will be taking place in 100 cities - one for each slain sled dog - across the globe in their memory. Organized in Canada to honor those sled dogs on what is the anniversary date of their deaths, and to also bring awareness to animal cruelty in the hopes of joining the world together to bring forth change. While out and about, dog owners are encouraged to attach a red ribbon to their dogs' collars in support of the memory of the Whistler 100 sled dogs, and to also help raise awareness of animal cruelty. The Red Ribbon Campaign for the Whistler 100 is an awareness movement, that, according to their Facebook page, "... supports change in animal cruelty laws  everywhere. Based in British Columbia, Canada, where the recent animal welfare movement spurred by the April 2010 slau
24 comments
Read more
More posts