An Unwelcomed Visit From An Old Foe 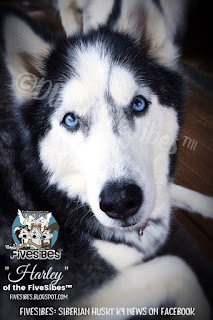 This past February, I was shocked by a very familiar visitor, one I had hoped I saw the last of after my beautiful beloved Epi-dog, Gibson, passed on. He and I had dealt with Canine Epilepsy and the side effects since he was diagnosed shortly after his third birthday in 2009. As many of you who follow my blog know, I had documented his trials and tribulations of living with Canine Epilepsy, up until he journeyed to North of the Rainbow Bridge, but not from the dastardly Seizure Monster, but rather from another rather sneaky and devastating monster, hemangiosarcoma. After seven years of managing to fight off the dreaded seizure monster with dogged determination and proudly overcoming the side effects of medications, that sometimes left him weak and lame, like a furry warrior to the likes I've never seen before, I never thought I'd have to come face-to-face with this evil entity again. I was wrong. This past February, Gibson's love Harley, was sleeping peacefully on h
15 comments
Read more
More posts