Picking a Puffy Pumpkin on a Flashback Friday! 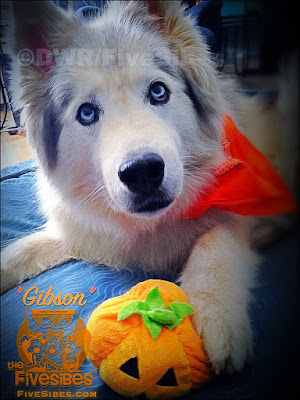 Flashback Photo of Gibson, Autumn 2014 Ohhhh, that face. That sweet face. Gibson's face still melts my heart whenever I see a photo of him. It is hard to believe this is our third Autumn without my big, silly, loving, wooly boy. While Harley is the alpha queen, his true love, and the Pupsters' surrogate momma, Gibson was the glue that held them all together as pack. Where he went, they all followed. If it was chilly, they all huddled around him. If it was hot and he dug a massive hole under our maple tree, they all followed and dug neighboring holes to lay all around him. He was Harley's "hubby" and the Pupsters' big brother. While Huskies are known to be pretty silly, Gibson was the king of making me laugh. And he always seemed to know exactly when a laugh was needed. Even with all his challenges of living with Canine Epilepsy, if he was a human (and at times I believe he thought he was), he would have had a brave smile on his face, making sure everyone
6 comments
Read more
More posts