Flashback Friday #22: A Tale of A Prince and His Perch 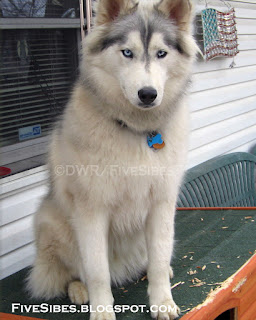 "Woo! What are you looking at? I di d not chew the new dog house , " says Gibson in this Flashback photo of four years ago when he was just three years old! How the story unfolded... I fell in love with this "log cabin" dog house and purchased it on line and then put it together proudly all on my own. It w as , in my opinion, a thing of beauty and would fit perfectly on our deck . At the time, we had just Harley, who was four at the time, and Gibson, three. I couldn't wait for them to see it! Our love birds s eem ed to really like their new deck furniture! After Gibson ch rist ened it by nibbling on the trim, he made the top of the dog house his very favo rite perch , while Harley lounged inside.   The best part was being ins ide the kitchen and seeing him pe ek inside the window! In the summer, he would talk t o me through the s creen!    A while later the Pupsters came along and bumped the prince off h
4 comments
Read more
More posts