Showing posts from December 2, 2022
Show all

The Special Bond Between A Boy Pup and His Momma 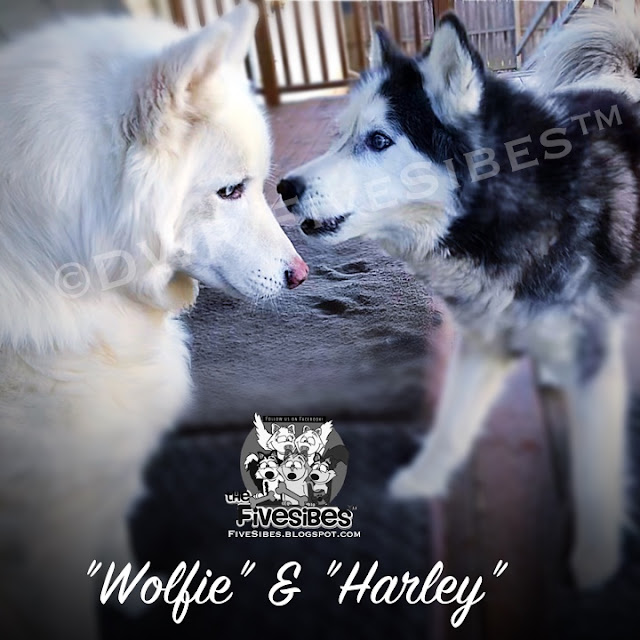 FiveSibes Flashback ~ December 2018   Our alpha queen, Harley, the "momma" to our pupsters, was always so amazing with them. While not their mother by blood, she stepped into the role as if she was born to it. She ruled the FiveSibes as a strong alpha female, but also was so gentle and loving to the pupsters since they arrived to our home, all three of them, at the young age of 12 weeks old. It was a barrel of fun, and quite chaotic at times, but the joy they brought as they bonded as a family was beautiful to behold. In this photo that I captured, it shows the precious bond between Harley and her "son" pupster Wolfie when he was about eight years old. You can see the bond clearly as Harley was obviously telling him some important Siberian Husky life lesson...he and his siblings always respected her, and by his expression, he was intently listening to his "momma." And so were the fabulous days of living with my FiveSibes. What do you imagine Momma Harley
3 comments
Read more
More posts