Dog Days of Summer on a Flashback Friday! 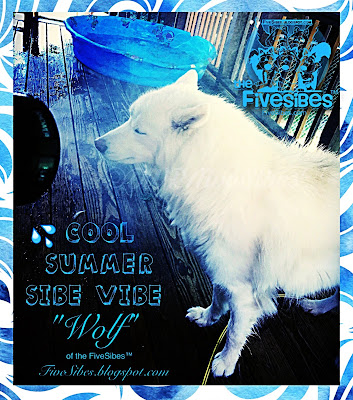 Flashback Photo: Summer of 2016 Who remembers that Mungo Jerry song written by Ray Dorset, that goes, "In the summertime when the weather is hot..?" (I bet you have an earworm, now)! Well, this summer has been among record breakers here in the Hudson Valley of New York and in between braving the almost unbearable thick wall of 100% humidity days with the thermometers reaching 98, 99, and 100 degree before the heat index, we barely managed to leave the air conditioned house to step outside for some of that hot air.  With Huskies, while ours do love to laze around inside, they also really need to get out and stretch their legs. So during those brief intermittent times of being let outside, I'd just turn on the hose, and like the photo of Wolf above, let the cool mist float over their faces and bodies before spraying down the deck and filling up their kiddie pool to let them get some fun and cool exercise, splashing around to shake off the heat of the day. Then, feel
11 comments
Read more
More posts