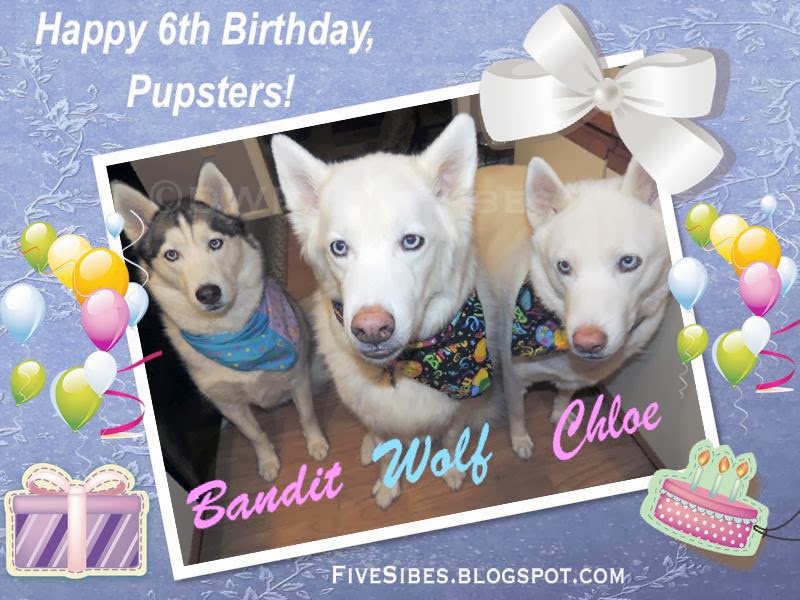 Today is a very special day here at the FiveSibes homestead...our Pupsters, the Three Musketeers, Bandit, Wolf, and Chloe...turned six! My, where does the time fly? It seems like just yesterday the three little puppies were bouncing around, following Harley and Gibson everywhere! But don't tell them they're not pups anymore because they sure do think and act like they do! They are just triple the fun!  I had a little helper while making the cake! Presents and cake time! Bring on the cake! Woo! Group share! Nom...nom...nommmmm.... Harley going in for seconds!  Chloe loves her pink piggy! (Of course it doesn't have anything to do with her always being hungry!) A monkey for our monkey, Bandit!  And a green froggie for Wolf! Too much Birthday! Zzzzzzz.... Flashback: It seem like only yesterday when they were just puppies! (l-r) Bandit, Chloe, and Wolfgang. Have a Happy!
8 comments
Read more
More posts