Team Ineka: A Mushing Family Chasing Down the Iditarod Dream 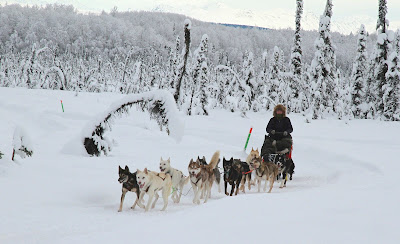 Nicole Forto of Team Ineka in the Willow Junior 100 Race in Alaska So many things attracts a person to the sport of mushing: the love of sled dogs, the great outdoors, the cold, the snow, the beauty of the countryside, the challenge against nature, and the sheer feeling of freedom of being out on the trail just musher and his or her dogs. Musher, trainer, and canine behaviorist Robert Forto  - also my co-host on "The Sibe Vibe " - has been hitting the snow-covered trails now that the sledding season is in full swing in Alaska. He also has plans of preparing for his first Iditarod race, hopefully in 2014 , and hits the trails at every opportunity to practice, as well as training for upcoming races. Team Ineka is a long distance Siberian Husky/Alaskan Husky racing team driven by Forto and his teenage daughter and junior musher, Nicole.  Robert Forto running  Team Ineka     Recently, I had the pleasure of turning the mic on Robert when we kicked off
2 comments
Read more
More posts