Twingenuity of Huskies on a #FlashbackFriday 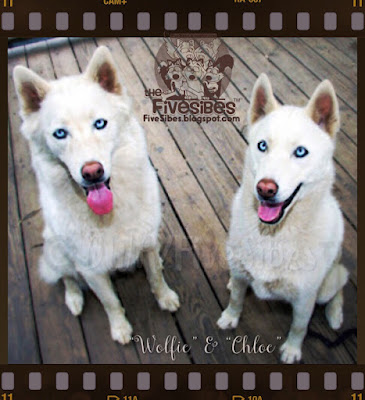 (Twin ∙ ge ∙ nu ∙ i ∙ ty) n.
The inventive skill of combining the efforts
of young twins in pursuit of a common goal
(i.e. room destruction, sleep evasion...)
~~~~~
Twingenuity. The mere definition is so spot on when I think back to when the Pupsters were just that, puppies. They certainly did share a common goal--from chewing up anything wood, including window sills, molding, and deck rails to destroying every toy, annihilating all the squeakers!
It's hard to believe this photo was taken 10 years ago, when the three "pupsters" were just young pups! I've said it before, and I'll always be incredulous of just how fast time does indeed fly.
While Bandit (absent from photo) was the third pupster of the littermates we welcomed into our family adding to the OG pack of Harley and Gibson (and became the FiveSibes), she was not a "twin" in the lookalike sense like Wolfie and Chloe. She did have the gorgeous blue eyes like her siblings, but her coat was a traditional gray and white and she sported a pretty Husky mask. Wolfie and Chloe were our pure white Huskies, hence dubbed "the twins."
Aside from the color of their coats and their bright blue eyes, the "twinning" really stopped there. Wolfie's fur grew into a longer silky wooly-type coat while Chloe's was smooth short fur. Chloe was a bright-eyed ingénue and Wolf has the longing gaze, with an occasional touch of indifference. Chloe was a constant talker, while Wolfie is more of the sensitive silent type, occasionally contributing to the conversation! But one thing always rang true with all three of them, they were not only siblings, but lifelong best friends. ❤️💙❤️
What do you think? Do Wolfie and Chloe lookalike? 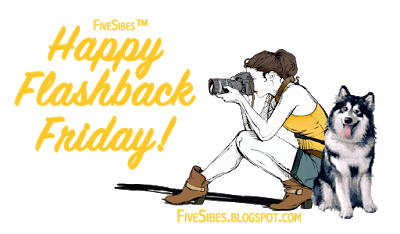 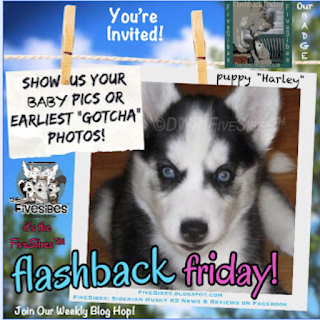 The Linky tool will open all week for you to join us in the Blog Hop and share pics from yesteryear or yesterday! Please include our badge and *link back to us*, and  be sure to hop along down Memory Lane with us and visit the other blogs. Don't forget to leave a nice comment! Happy Friday! 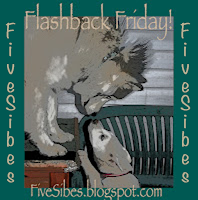 Back to FiveSibes Blog Home Page to read other posts
and check out our other NEW Pages! 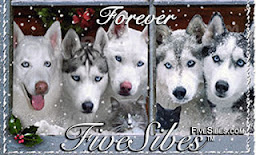 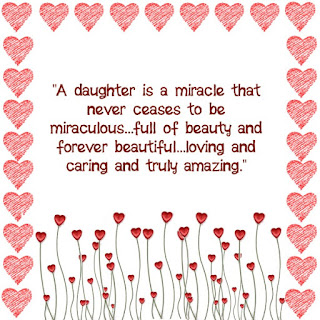 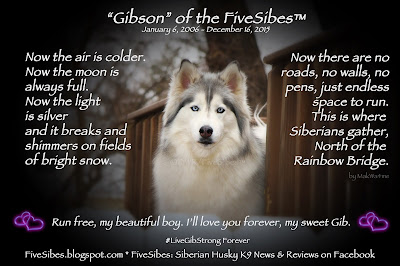 It is with a broken heart that I now share that my beautiful, strong Epidog, "Gibson," has earned his angel wings. Epilepsy did NOT define him, nor did it take him from this earth. He was a strong, brave, and inspirational boy who did not let challenges stop him from loving life. Each health challenge he met head on, trust me that I would be by his side, and he conquered each one. And at the end, Gibson beat the "seizure monster." His epilepsy was managed by medications and supplements, and Gibson was sei zure free for almost 7 years! Bravo, Gibson! Today, while in surgery, it was discovered that Gibson's tumor had metastasized. It was not just in the spleen. It was all over, including an orange-sized tumor in his liver. Gibson was gently and peacefully let go as the heavenly angels came to escort him North of the Rainbow Bridge. I know my mother who just passed away on November 15, now has him wrapped safely in her loving arms. She was with us the d
Read more